Tires Metzeler : which one to buy and at what price? Here's the comparison!

Find a tire Metzeler with your size

You want to buy the cheapest tires Metzeler possible? Indicate your dimension on the right and let us guide you, our tyre comparator will find the best rates Metzeler for you. If you already know the model select it from the list below.

Why choose the brand Metzeler ?

See all tire Metzeler prices by choosing a model

Why choose the brand Metzeler ?

Presentation of the manufacturer

Known for its avant-gardism and its strong sense of innovation, the German brand makes available to its customers, for more than 150 years, of the top-of-the-range motorcycle tyres which are distinguished both by their aesthetics and their performance. It is therefore not surprising that they are unanimously accepted by specialists and manufacturers who have not hesitated to approve the tires. Among road users, the German brand is also a reference that largely meets everyone's expectations. is a Metzeler German manufacturer specializing solely in the manufacture of motorcycle tires. It all starts with 1863 when Robert Friedrich Metzeler opens a rubber sales company in Munich (Germany). Until 1975, the factory produced car (touring) and motorcycle tires. However, from 1979 onwards, the management decided to refocus the activity only on the motorcycle equipment. Thanks to its many years of experience, the German manufacturer is thus positioning itself on the market as a leader in the one of the leaders in the motorcycle tire segment.

A status that the company naturally claims thanks to its team of engineers and experts made up largely of passionate motorcyclists. Well aware of the needs and expectations of users, they actively participate in the design of increasingly high-performance and responsive tires on the road. The tire Metzeler is known for its precision in curves as well as in straight lines, its longevity, its grip, its maintenance during accelerations and its reduction of the distance from the braking action.

Are you looking for a set of tires for your Yamaha, Kawasaki or Suzuki roadster? No problem, the range of erasers Metzeler is composed of a wide variety of tyres for all types of two-wheeled machines, driving on asphalt or off-road. In particular, there are products to equip the sports roads, the sportswomen, the scooters or the roadsters. In terms of structures, the German manufacturer's range of tyres includes in particular diagonal tires. Still called cross-ply tires or conventional tires, these are designed on the basis of a structure that makes them very dynamic. They are associated with diagonal belt tires, whose structure is made with a carcass made of two intertwined layers. One of the layers represents the belt, whose role is to reduce the deformation caused by centrifugal forging, while the carcass has the function of guaranteeing the tyre stiffness, as well as their loading capacity. However, if you are looking for a tire that has good weight reduction characteristics, high speed performance and stability in curves, we recommend instead a radial belted tire, simply called "radial tires". This type of rubber is also very rigid and will perfectly suit the professional pilots.

The last main category of tires present at the company are radial tires and steel belt at 0 which, like the others mentioned above, is at the forefront of progress in terms of high quality, d innovation, of performance and to technical. Whether it is on a highway or a route, in rainy weather or in dry weather, the tires Metzeler guarantee excellent driving comfort, flawless safety and extraordinary performance.

What are the best tires Metzeler ?

Metzeler has several tire models to choose from. The brand makes tests of its tires in all conditions: dry and wet pavement, in order to define their best road and off-road behaviour. Whether you drive a Honda, Harley Davidson or Triumph, whether you prefer trail, cross country, endurance or driving, this list of a few models will interest the most demanding among you. Most of these new models incorporate the technology Interact™. 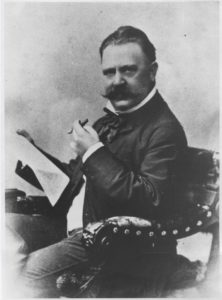 Robert Friedrich Metzeler[/caption] L history of Metzeler starts with 1863 with the creation of the company by Robert Friedrich Metzeler. In 1890, the manufacturer became the leader in the field of aeronautics by developing a new material for cotton and rubber which will then be used to build the airships. In 1945, the factory was completely destroyed during the war. However, it was quickly rebuilt and the german brand quickly relaunched its activities. In 1974, the manufacturer launched the first low-rise tyre on the European market, followed in 1978 by the first Tubeless tire. In 1979, the company adopted a new strategy for financial reasons. It then decided to focus solely on the production of motorcycle tires. 1986 marks a decisive turning point for. Indeed, that year, the Group of companies Pirelli buys the German manufacturer and integrates him into his group. Three years later, in 1989, Metzeler Reifen GmbH is created. In 2000, the largest motorcycle tyre in the world (243 millimetres) comes out of the factories of this new company whose mission is to specifically meet the expectations of all motorcyclists.

Giacomo Agostini and Alan Barnett during the 1969 Junior TT

« Always two wheels ahead "This is the manufacturer's slogan. We took the liberty of translating it into French and it gives this "Always two wheels ahead". This is a beautiful play on words to mark the advance that the company has over its competitors, but also to show the importance of tyres for a motorcyclist. Admit that it would be unpleasant to find yourself with a flat tire in a remote area. Pushing a motorcycle for miles is certainly not the most exciting thing. Tyres are therefore not an element to be neglected, and wants to be at the side of all Metzeler those who trust it by providing them with top quality and reliable tires.

The history of the German manufacturer goes hand in hand with that of the motorcycle. To this day, motorcycles continue to be repaired, which means that the need for tires is still present. This is one of the parameters that engineers keep in Metzeler mind when working, since the company must constantly demonstrate originality and innovation to stand out from its many competitors.

L Interact™ is a technology which allows the tires Metzeler to be high-performance in any weather condition Adhesion, resilience, manageability, everything is there to ensure that your tires are equipped with maximum performance in all circumstances. 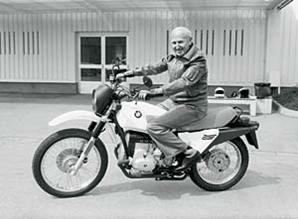 Metzeler supports the sportspeople in their different competitions and has already enabled many of them to shine. In 1930, Ernst Henne equips his motorcycle with competition tires specific Metzeler to this surface to set the world ice speed record at 199.27 km/h. On the road, the German brand has also made a lot of headlines. This was the case in 1947, with Schorsch Meier who became German Road Race Champion, in 1961 with Sebastian Nachtmann who won the international Six Days Enduro race with tyres, and Metzelerseveral other times between 1973 and 1999. Every year, Metzeler accompanies the bikers of the Tourist Trophy of the Isle of Man. The brand is renowned for its slick tires adapted to racing.

The opinion Tiregom on Metzeler

It has been a long time since it Metzeler has entered the tyre industry. Thanks to his many years of experience and his membership in the giant Pirelli, the German brand still has a lot to do, even if it no longer has anything to prove. Quality and performance are the pillars of the company Motorcyclists from all over the world can therefore take to the road with complete peace of mind. Innovation combined with the expertise of the company's engineers, who are themselves formidable motorcyclists, makes it possible to obtain perfect tyres with optimum mileage and wear resistance. With a long service life, they ensure your safety over several kilometres. The brand name Metzeler has been convincing to us on several points, and we can recommend it to you without any doubt, because it seems to be a good choice. On the way, don't forget your helmet and motorcycle licence before you go to warm up your tires! Metzeler