Safety remains present even when worn, it adheres perfectly to dry surfaces and reduces aquaplaning on wet roads, the Primacy 4 is the best thing about tyres. How to buy this tire Michelin cheaper ? Here is the price comparison above, just choose the size for your car. 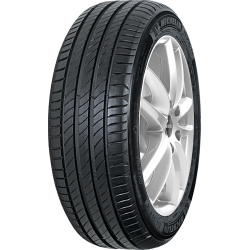 The value concentrate of Michelin !

Why choose this tire?

Why buy a Michelin Primacy 4 ?

Considered since 2012 as one of the references in the passenger tire market, the former Michelin Primacy 3 has achieved many victories in independent comparative tests, and it is only logical that it has also enjoyed widespread commercial success. Judging by the early days of the tire Michelin Primacy 4, launched at the beginning of 2018, its successor is well on its way to following the same - and glorious - launch. Indeed, the new Primacy has an overall level of performance that is one notch higher than its predecessor, but above all, its maintenance over time has been the subject of much attention. Thus, in the space of six years, the brand's Research & Development teams at the famous Michelin Man have not only "satisfied" with creating a better tire than the previous generation, but also one that would remain effective for longer, as it wears out. In addition to this progress, known as the " EverGrip "and to which we will return later in more detail, the Primacy 4 is a showcase for Michelin, among other things, it has been equipped with the technology SelfSeal so as not to be immobilized at the first nail that comes along. However, the tire's prowess in terms of durability and robustness must not overshadow the precision of the feeling it provides behind the wheel - and therefore the driving pleasure it generates - nor the low resistance of its tread, a guarantee of lower fuel consumption. 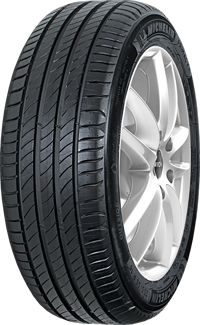 What are the qualities of the tire Michelin Primacy 4 ?

Depending on the angle of analysis, the Primacy 4 can be perceived sometimes as an evolution of its predecessor, sometimes as a real revolution. Thus, as far as grip on dry surfaces is concerned - whether it is a matter of accelerating, linking turns or braking in an emergency - the newcomer has essentially the same "ingredients" as the Primacy 3for similar performance. The composition of the rubber having been further refined, the honour is however except for the "4" which is presented as even more effective under these conditions. Moreover, let us not forget that the performance of its predecessor was so high - compared to most of its competitors - that doing better, even if only at the margin, remains a feat.

That being said, if the Primacy 4 has been equipped with all technological advances to date, it is obviously not to make figuration, and in fact the structure of the tire - up to its tread - has been completely redesigned. The Clermont-Ferrand manufacturer then had a twofold objective: to extend the life of the tire, and to ensure that the grip offered (especially on wet surfaces) remained good up to the limit of the wear indicator. In this regard, it should be noted that the said indicator is now easier to check, thanks to the presence of a Michelin Man on the outside of the tire. To return to the longevity of the Primacy 4According to the Clermont-Ferrand manufacturer himself, the new rubber mixture was expected to significantly outperform the competition, with more than 15,000 kilometres more in favour of the Made in France tyre.

One of the main strengths of the new Primacy also concerns the maintaining its original performance over time, including adhesion on wet ground. Indeed, this tire pushes the hydroplaning limits very far, and thanks to the sculpture of its canals, it keeps this advantage over the kilometers. The water evacuation is thus 22% higher than the Primacy 3and thanks to the EverGrip technology mentioned above, this ratio increases as the tire wears out. As for the braking distances in the rain, they are not only "stunning", but above all they are durable.

Results of the tests of the Michelin Primacy 4

In tyre testing, those carried out by journalists and independent bodies are of course the most sought-after, for the simple reason that their impartiality cannot be called into question. Find all the tests of the Primacy 4.

The opinion of the owners of Michelin Primacy 4

Before buying any tyre, an analysis of the opinions of the users of the tyre is always a good idea. However, the comments are so numerous - and sometimes contradictory - that forming your own opinion can be tricky. For this reason, at Tiregom.co.ukwe have taken the time to go through the countless notices posted on the owners of Primacy 4before synthesizing them. Find our full article on the opinion on the tyre Michelin Primacy 4.

At what price is it sold?

Multiple factors are capable of varying - sometimes considerably - the price of a tyre model, and the Primacy 4 is no exception to the rule. Thus, depending on the size of the tires in particular, but also the speed index, and the "sales policy" specific to each merchant, the price varies considerably. You will find above all the prices of the Michelin Primacy 4in our dimensional comparison. However, if you are interested in this tire with excellent results, it is only logical that you would like to have at least an idea of the budget to buy it. We therefore used the powerful search engine of our tire comparator - which we will come back to later - to provide you with price ranges according to the different sizes available.

Beyond the gross figures, a quick comparison with the main competitors of the Primacy 4 highlights a price positioning in the upper range of the market. This can be explained by the Premium image of the manufacturer, that's for sure, but also and especially by the costs related to the R&D efforts necessary for its development. Moreover, while the price comparison does not undoubtedly put the new Primacy in the spotlight, it catches up with a lower fuel consumption than most of its rivals, as well as a much better mileage. In the end, the economic equation did not have such a negative impact on him that a facial comparison would suggest at first glance.

Where and how to buy a Michelin Primacy 4 cheap?

While there is no longer any doubt in anyone's mind that online tires are cheaper than in a garage or physical point of sale, the parallel placement of each offer by the customer, "alone in his corner", one could say, can quickly turn into a nightmare. Indeed, the Web is full of ads of this type, all apparently more advantageous than the others, and sorting the wheat from the chaff is a potentially very time-consuming activity. This observation led us to create Tiregom.co.uka tire comparator whose role is to make it easier for its customers to buy and to help them save money.

How many times have you heard that you have to compare prices, systematically, if you want to expect significant discounts. A tip that can be summed up in the following slogan: "Compare prices, your budget will thank you for it". This is certainly true, but just like the opinions of users (-trices), there are so many sellers - and not all have the same level of seriousness - that choosing the right one is not easy. Here again, Tiregom.co.uk can help you, because our site not only reflects the offer of each seller present on the platform at a moment t, it also "audits" all the merchants to guarantee you to buy with confidence.

Finally, in order for you to have the assurance of buy your tires cheaper every time, our system takes into account the sales and any promotion launched by a particular seller, so as to immediately reflect the said promotion and allow you to benefit from the associated discount. Please note that on average, our customers save 39% compared to the manufacturer's price.

Customers who viewed this tire also looked at